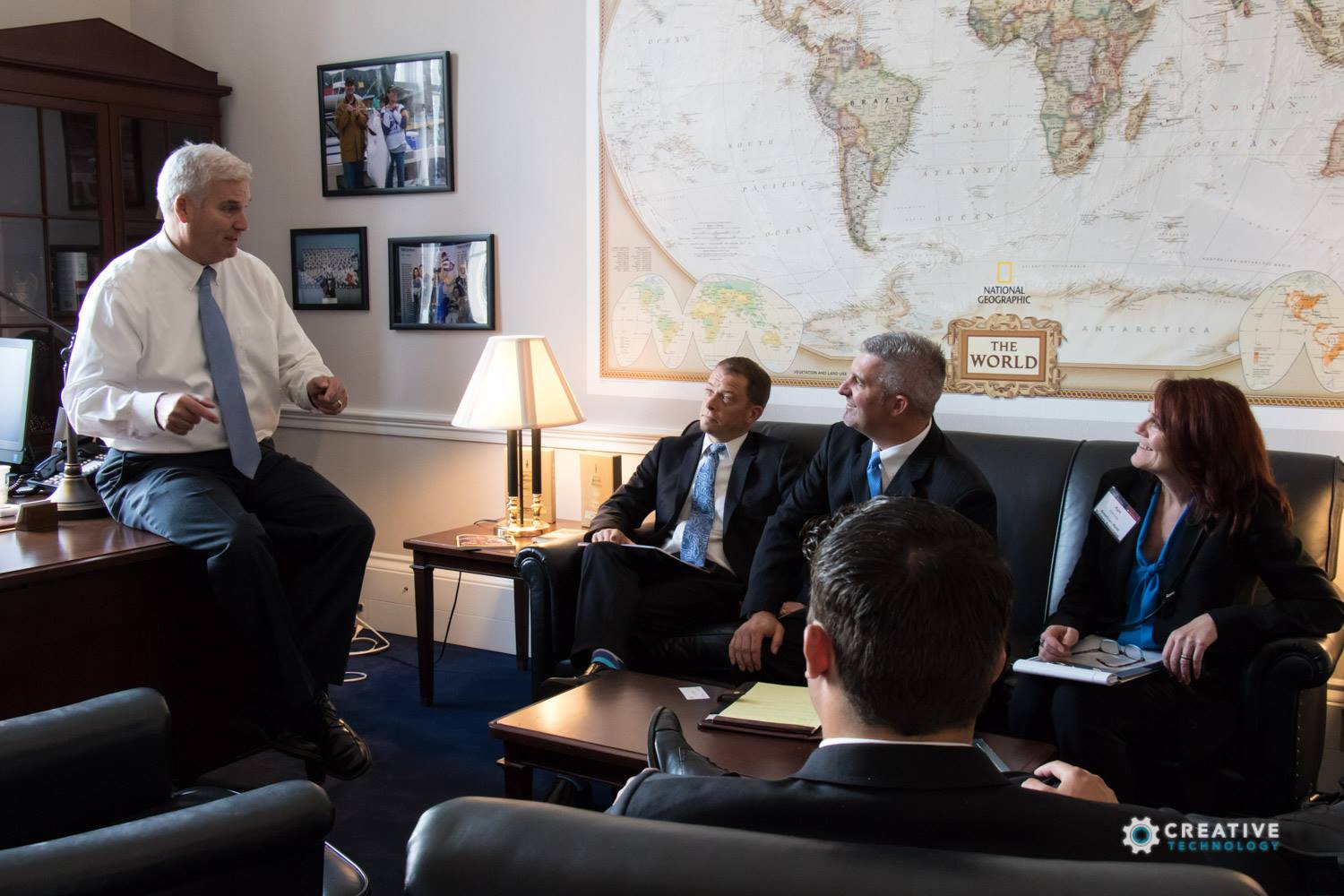 Justin and his fellow industry representatives advocated for comprehensive and permanent tax reform that would lower corporate tax rates and income tax rates, allowing for more equal tax treatment. They encouraged government representatives to enact legislation to stimulate industry confidence in the economy allowing for investment in innovation, expansion and job creation.

Less regulation, more opportunity for all

Focusing on more granular problems facing the plastics industry, the representatives encouraged the staffers they met with to allow open competition for materials on federally funded projects. They pointed out that many local building codes are outdated and don’t allow for the use of plastic pipes, even though they meet all the specifications required for the project. Specific examples like these helped drive home the point that open competition helps decrease expenditures for large projects.

Justin also spoke about promoting a stronger free trade policy to open international markets to U.S. exports and level the playing field. His fellow advocates talked about modernizing NAFTA and increasing exports to Mexico and Canada as well as countries, like China, that do not have trade agreements with the United States.

Investing in the future of the industry

The fly-in group also addressed the need for federal funding to support state and local career and technical education programs. This increase in funding would help to close the skills gap and train qualified workers at all skill levels for manufacturing. Justin also highlighted Mold Craft’s Gen Z Connection program, an educational outreach program with local high school students, as an illustration of the work the plastics industry is putting into solving the skills gap on its own.

The group of plastics representatives also encouraged the passing of regulatory reform to put the rule-making process back in the hands of Congress, using sound science and input from both the plastics industry and consumers.

Justin and rest of the leadership team at Mold Craft are grateful for the opportunity to advocate for an industry they are passionate about. They’re optimistic about the future of their efforts and eager to see the effects of their work in future legislation.