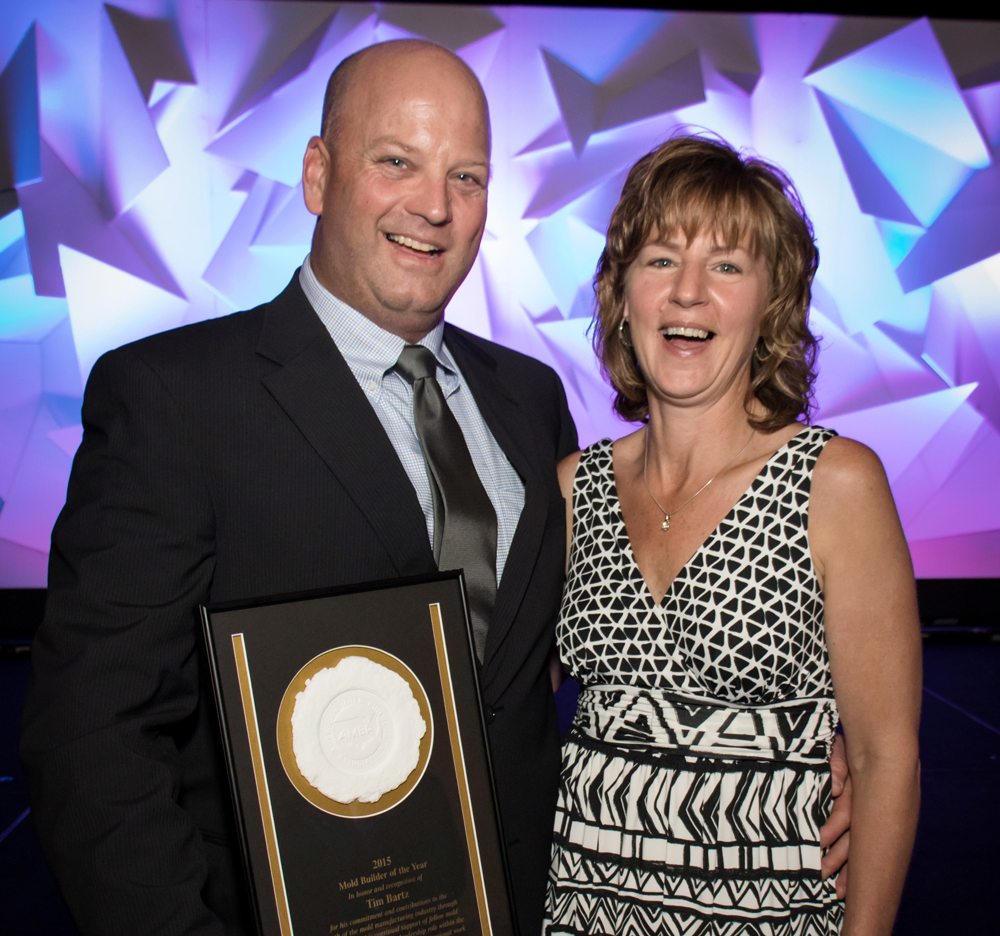 Tim Bartz, co-owner of Mold Craft Inc. in Willernie, Minn., has been named Mold Builder of the Year by the American Mold Builders Association.  The award was announced May 7 at the association’s annual convention in Indianapolis.

Mold Craft, which specializes in very tight-tolerance injection molds, celebrated its 50th anniversary last year. Bartz has been with the company for 23 years, starting out at entry level and eventually assuming ownership along with Justin McPhee in 2007.

In a phone interview, he spoke about his company’s practice of tracking key performance indicators, setting milestones and empowering employees for success.  “We try and drive down decisions to the guys that can make them. It’s not just me and Justin running the show here,” he said.

Bartz is president of the Minnesota Chapter of AMBA and is on the chapter’s Education Committee. He sits on two college advisory boards, often gives presentations to school groups about the mold making industry and constantly looks for new opportunities to build a pipeline of skilled workers, according to nomination materials.

“I’ve always said, you can’t complain about not having guys to hire if you don’t do something to get guys to hire,” Bartz said.  Describing his reaction to the award, Bartz praised the collaboration among AMBA members and named several others in the industry whom he admires.

“You can’t do it alone. … It’s all about working hard, being honest, trying to help a guy out,” he said.